Breaking News
You are here: Home » Arts & Entertainment » Spotify gets exclusive deal on Joe Rogan, most popular US podcast

Spotify gets exclusive deal on Joe Rogan, most popular US podcast 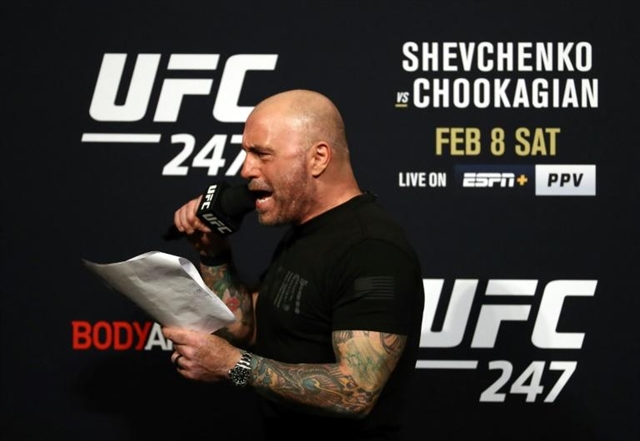 NEW YORK — Spotify has obtained exclusive rights to “The Joe Rogan Experience,” the most downloaded podcast in the United States, the Swedish online streaming giant has said.

Spotify did not say how much they paid, but according to the Wall Street Journal they plunked down more than $100 million in a multi-year licensing deal, which will be available to both paid service subscribers and users of the platform’s free version.

“It will remain FREE, and it will be the exact same show,” Rogan, 52, told fans on his Instagram account, adding that the deal goes into effect at the end of 2020. “It’s just a licensing deal, so Spotify won’t have any creative control over the show.”

The exclusive rights include both the podcast and the filmed version on Rogan’s YouTube account, which routinely has more than one million views per episode.

Rogan began his show in 2009, in the early days of podcasting, and over the years built a loyal audience.

“The Joe Rogan Experience” is a free-flowing show, often going on for more than three hours, during which the animated host has an open-ended conversation with his guest.

In 2019, Rogan’s show was the most downloaded podcast on Apple devices.

Rogan is unique in the podcasting world: a comedian, a former kickboxer and Taekwondo champion, his guests run the gamut from mixed martial artists to entrepreneurs, scientists, athletes and health advocates to celebrity actors.

For a little over a year, Spotify has slowly been moving into the podcast world.

In early 2019, it bought the podcasting company Gimlet Studios for around $230 million, as well as the production interface Anchor for more than $100 million.

And in February, Spotify acquired The Ringer, a sports and entertainment production studio, for between $141 million and $195 million, depending on several variables. — AFP