Posted by: vivian on September 20, 2021 in Arts & Entertainment Comments Off on Singer Y Jang Tuyn dies of COVID-19 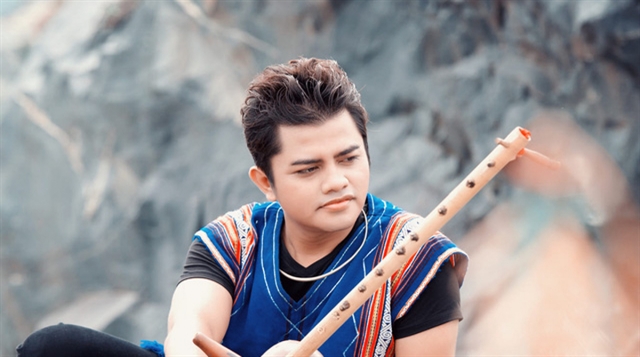 The singer’s nephew Thảo An shared, the family is waiting for the cremation procedure to receive his ashes.

Tuyn had a history of high blood pressure, treated COVID-19 at the field hospital No 13 in mid-August, then transferred to Chợ Rẫy hospital on September. In the first two weeks, he was in good health, can communicate with people via text messages. However, the situation worsened, he had to breathe with an ECMO machine.

Before testing positive for COVID-19, the male singer celebrated his birthday through a livestream. Y Jang Tuyn sang for the fans for three hours straight and encouraged everyone to be optimistic and love each other to overcome the difficulties of the epidemic.

Y Jang Tuyn was born in 1979. He represents the class of modern Central Highlands singers who want to break through the familiar path by choosing diverse music genres.

In 2016, he released the album One Week Seven Days, which includes songs of various genres such as pop ballad, dance, funky and latin.