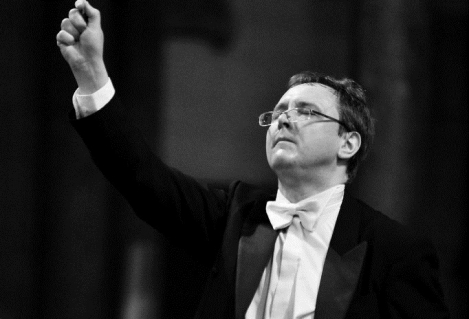 HÀ NỘI — The Spring Concert will bring together international musical talents under the baton of conductor Wojciech Czepiel at the Việt Nam National Academy of Music’s Grand Hall on April 17 and 18.

Czepiel is a prominent Polish conductor, composer and violinist. He has conducted more than 400 compositions with many orchestras includeing the Polish National Radio Symphony in Katowice, the Moscow Bolshoi Theatre Orchestra, the National Opera in Warsaw, the Hà Nội Philharmonic and the Việt Nam National Symphony and Orchestra.

He received the “Gloria Artis” medal from the Polish Minister of Culture for his artistic achievements in 2012.

“Conductor Czepiel is a very serious, efficient and credible personality with excellent professional musical abilities…. [He] is punctual and fully aware of his profession,” Dr Walid Gholmieh, President of the Lebanese Philharmonic Orchestra commented on the conductor’s website.

The international award-winning artists promise to make the concert a grand party for classical music lovers in Hà Nội.

Trần Ngọc won the Grand Prix and Special Audience Prize at The Long – Thibaud International Competition and many other awards at the Lipizer Competition, the Paganini Competition and the Aspen Music Festival.

“I feel very happy to be in this concert with world famous artists like Trần Ngọc and my two close friends, Eric Lu and Kate Liu, under Polish conductor Wojciech Czepiel.”

Trung is returning to Hà Nội to perform Mozart’s Concerto for Piano and Orchestra No 23, which earned him first prize and the Golden Note as the best performer of Mozart at the Chopin competition in Sochaczew in 2016.

He is currently studying at the Curtis Institute of Music in Philadelphia where he is a student of Vietnamese Professor Đặng Thái Sơn.

The 90-minute concert will begin at 8pm. VNS