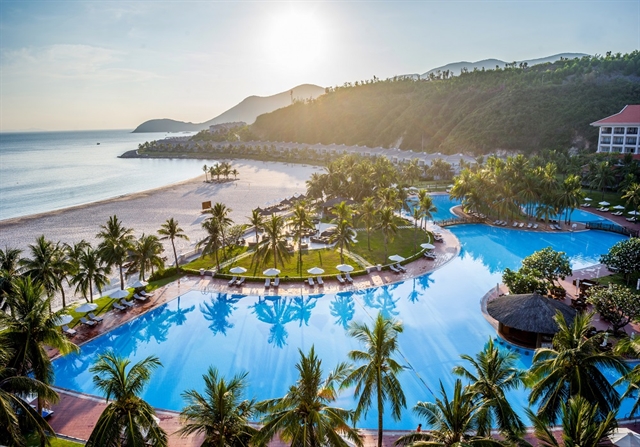 HÀ NỘI — After more than 30 days of reopening its doors to international visitors with COVID-19 vaccine passports on a trial basis, Phú Quốc Island off Kiên Giang Province has welcomed almost 1,000 foreign tourists.

The travellers came from Thailand, the Republic of Korea, Laos, Uzbekistan and Kazakhstan, according to the provincial Department of Tourism.

The nearly 1,000 international tourists included the first group who travelled to Phú Quốc on November 20 last year, while four groups of other visitors flew to the island onboard their private aircraft.

Kiên Giang is one of five localities to get the green light from the government to welcome back fully immunised tourists from November onwards, alongside Quảng Nam, Khánh Hoà, Quảng Ninh and Đà Nẵng.

In the second phase of the pilot plan, the province will allow eight more hotels, lodging facilities and resorts to participate, raising the total number to 18.

Kiên Giang’s tourism department is continuing with promotion programmes in foreign markets on the reopening of the resort island. — VNS