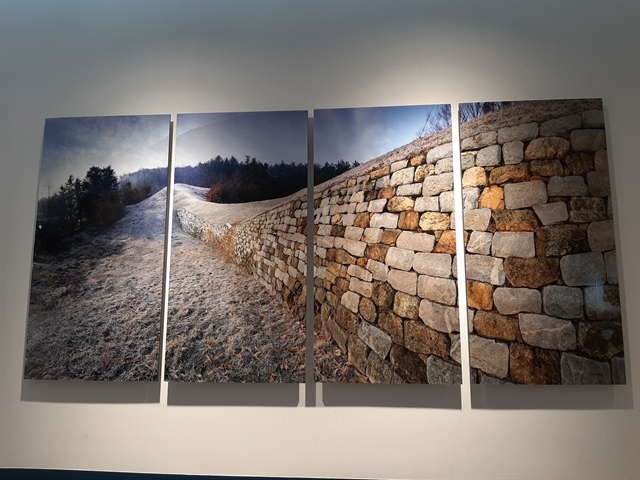 The exhibition features 34 photos by artists Seo Heon-kang and Kim Kwang-seop who won a photo contest about Baekje in South Korea.

Baekje Historical Areas is a relic site related to the post-Baekje ancient capital which matured into a fully-fledged kingdom and continued to consolidate its neighbouring states, according to Lee Dong-joo, director of Baekje World Heritage Centre.
It comprises eight components of royal palaces, temples and tombs which are in Gongju City, Buyeo County and in Iksan City in Jeollabuk County.
“UNESCO recognises that under the Baekje dynasty, Korean culture actively exchanged with foreign countries,” Joo said at the exhibition opening ceremony on Monday at the Korean Cultural Centre.
“The dynasty absorbed foreign culture and spread to neighbouring countries. This greatly contributed to cultural development in northeast Asia.
“I have learned about the relationship between Baekje and the Chăm ethnic minority group of Việt Nam. Tiles with human face design were found in both areas. Or agarwood made by the Chăm went through Baekje to reach the islands in Japan.”
The exhibition allows visitors to experience Baekje culture by wearing traditional clothing and taking a photo with AR/VR technology.
Baekje-themed cartoons and clips are also shown during the exhibition.
The exhibition was first held at Seoul and in Tokyo, Japan.

The exhibition runs until November 16 at 49 Nguyễn Du Street.  VNS