Posted by: vivian on December 2, 2019 in Arts & Entertainment Comments Off on Pacific Alliance Film Festival to start in Đà Nẵng 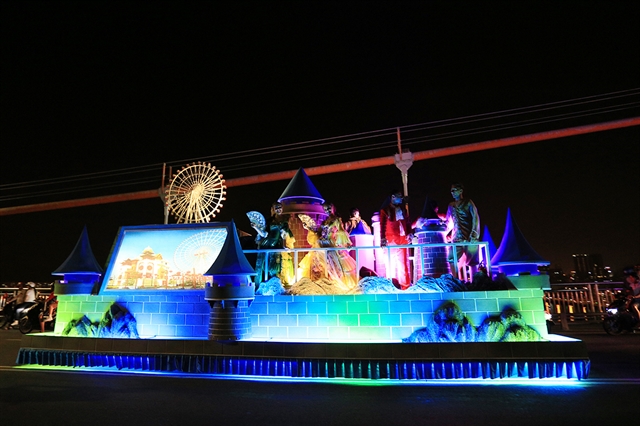 A parade in Đà Nẵng. The city will host the Pacific Alliance Film Festival on December 6-8. VNS Photo Nga Sơn

ĐÀ NẴNG The central city, in co-operation with the embassies of Chile, Columbia, Peru and Mexico, will host the Alianza de Pacifico (Pacific Alliance) Film Festival on December 6-8.

The city’s culture and cinema centre said the event aims to introduce the best films to local audiences and visitors during the three-day festival.

It said the film, Violetta Went to Heaven, directed by Andrés Wood of Peru, will start the event at 7.30pm on December 6th at Lê Độ theatre.

It features the extraordinary story of the iconic poet, musician and folksinger Violeta Parra, whose songs have become hymns for Chileans and Latin Americans alike. Director Andres Wood (Machuca) traces the intensity and explosive vitality of her life, from humble origins to international fame, her defence of indigenous cultures and devotion to her art.

The Kids are Back, a comedy, directed by Mexican Hugo Lara, will continue the event at 4pm on December 7.

A retired couple have to defend serenity at home against an unpredicted menace: their kids.

The couple is ecstatic about their new lives as empty-nesters, with the whole house to themselves and lots of free time at their disposal. This new-found serenity, however, soon comes to a screeching halt as each of their three adult kids move back home, one right after the other. Overwhelmed with the situation, they hatch a plan to sabotage the kids and restore their tranquility

Old Friends, with Peru’s director Fernando Villerán, tells of the misadventures of three lifelong friends in their 80’s who, on a whim and in an act of defiance, decide to steal the urn containing the ashes of their departed comrade to take him on a tour of their old neighbourhood. Along the way, they stop off at some of their favourite hangouts for one last hurrah.

The film festival will end with Lila’s Book, an animation by Columbian Marcela Rincón, at 4pm on December 8.

Lila, a character in a children’s story book, suddenly falls out of her paper world and ends up trapped in a place she doesn’t belong and so starts this great adventure where Lila discovers that the only person who can save her is Ramon, the owner of the book who hasn’t read it for many years.

All films are dubbed in Vietnamese, and tickets are free and can be picked up at the cinema at 46 Trần Street from 9am to 8pm. VNS