Posted by: vivian on December 3, 2019 in Arts & Entertainment Comments Off on Nobel committee member resigns over Handke award 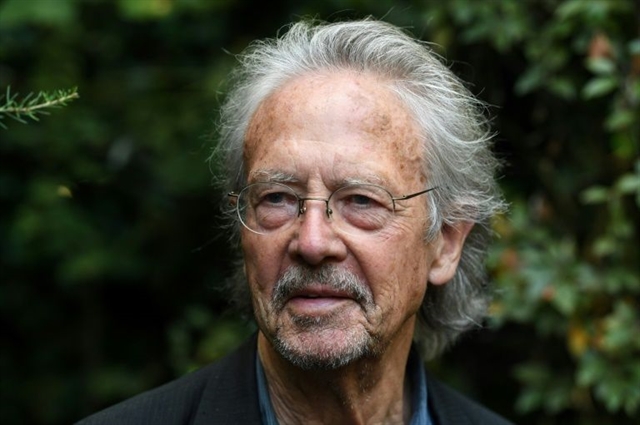 Austrian novelist Peter Handke has been criticised for his vocal support for Serbs in the 1990s wars in the former Yugoslavia; pictured is Handke in Chaville, outside Paris, after he was awarded with the 2019 Nobel Literature Prize. — AFP/VNA Photo

STOCKHOLM — Two Nobel Literature Prize committee members announced their resignation on Monday, with one saying she opposed the view that “literature is above politics”, a reference to the controversy surrounding 2019 laureate Peter Handke.

The Austrian novelist has been criticised for his vocal support for Serbs in the 1990s wars in the former Yugoslavia.

Kristoffer Leandoer and Gun-Britt Sundstrom both announced their decisions to leave the Swedish Academy’s Nobel committee, for which they had been appointed as external members for two years.

Their resignation, confirmed by the academy, came just a little more than a week before the Nobel Prize ceremonies on December 10, the anniversary of the death of the founder of the prize, Swedish industrialist and philanthropist Alfred Nobel.

Leandoer said he did not have “the patience” for the internal reforms the academy undertook after a rape scandal that rocked it in 2017.

Sundstrom meanwhile listed a series of reasons for her departure, including the awarding of the 2019 prize to Handke.

She said she was “happy” to have participated in the awarding of the 2018 prize to Polish poetess Olga Tokarczuk, but she was opposed to the selection of Handke for 2019.

“The choice of 2019 laureate was not just a choice about a body of work, it has also been interpreted, both inside the academy and outside, as a defence of the stance that literature is above ‘politics’,” she wrote in a comment to daily Dagens Nyheter.

“That is not my ideology,” she added.

The Swedish Academy’s pick, announced in October, triggered outrage in the Balkans and beyond because of Handke’s admiration for the late Serbian strongman, Slobodan Milosevic.

After postponing the 2018 Literature Prize due to a rape scandal that shook the body, both the 2018 and 2019 prizewinners were announced this year.

The 76-year-old Handke, who lives near Paris, has been accused of minimising Serb war crimes in his 1997 book A Journey to the Rivers: Justice for Serbia.

He was also widely criticised for speaking at the 2006 funeral of Milosevic, who died while on trial for genocide, war crimes and crimes against humanity.

Leandoer and Sundstrom were appointed to the Nobel committee as external members to help the Academy address its issues, but were not permanent members of the body. — AFP