Posted by: vivian on March 1, 2021 in Arts & Entertainment Comments Off on New rom-com highlights Vietnamese women 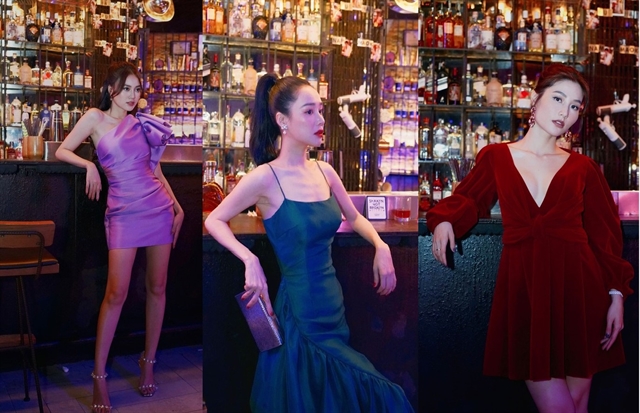 1990, a new movie by director Nhất Trung highlighting beautiful and successful Vietnamese women, stars famous actresses Ninh Dương Lan Ngọc, Nhã Phương and Diễm My 9x (left to right). The film is expected to be released in cinemas on April 30. — Photo courtesy of the producer

HCM CITY — The award-winning film producer and director Nhất Trung has announced a new project called 1990 that highlights the career and life of successful Vietnamese women.

1990 is a rom-com work revolving around a group of three close friends with different personalities. When all three women turn 30, they must face challenges in life, marriage, love and career. They learn to help each other to overcome problems.

The film stars famous actresses Ninh Dương Lan Ngọc, Nhã Phương and Diễm My 9x, who were born in 1990 and turned 30 during the filming last year.

Trung said all three actresses were best friends in real life. Their lives were the inspiration for making 1990.

“In recent years, my studio has changed to develop topics which have been rarely mentioned in Vietnamese cinema,” Trung said, adding that his future projects may be less attractive to audiences.

Director Trung become known for his rom-com Cua Lại Vợ Bầu (Win My Baby Back) which was released in late January 2019, during the Tết (Lunar New Year) holiday.

The film raked in more than VNĐ191.8 billion (US$8.33 million) in ticket sales, one of the highest-grossing Vietnamese movies of all time. Nearly 2.7 million tickets were sold within two months.

Trung’s new movie 1990 is in post-production, and is expected to be released in cinemas on April 30. — VNS

Previous: We can all do our bit to fight deflation risk
Next: Shares surge on strong cash inflows