Breaking News
You are here: Home » Arts & Entertainment » Musician wants his work to speak for itself

Musician wants his work to speak for itself

Posted by: vivian on March 26, 2020 in Arts & Entertainment Leave a comment 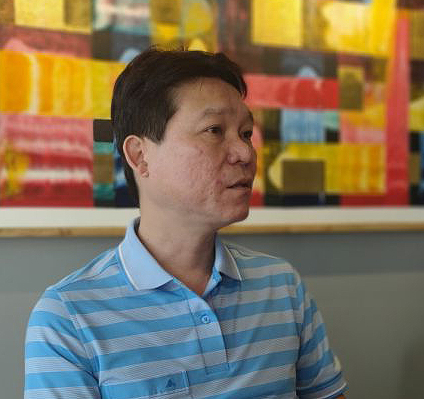 Musician Quốc An has released a music video for his song Cám Ơn Con Nhé (Thank You, My Child) recently. It was the theme song in the Việt Nam National Television Award 2019-winning series Về Nhà Đi Con (Come Home, My Dear).

An’s songs Cây Đàn Sinh Viên (Student’s Guitar) and Hát Với Dòng Sông (Singing with River) were hits in the early 2000s.
An speaks with Thể Thao Văn Hóa (Culture & Sport) reporter Thùy Trang about why he didn’t make the music video while the series was on the air.
The television series Về Nhà Đi Con has long since ended, why don’t you release a music video earlier?
I would like the song to have its own life and be independent of the series even though the series is good and attracts television viewers.
I didn’t write the song for the series so I don’t need to take advantage of the series’ success.
When the series was showing my friends and my colleagues also urged me to make a music video.
Some of my friends wanted to invest in music video production in combination with a charity event. But it could not be carried out for various reasons.
Could you tell us about the song’s composition and how it became the theme song of the series?
About 3-4 years ago, I composed the song with the theme of father and son love. I think there are very few songs about this.
I wrote the song very quickly based on real material in life through observing my friends and people around me.
I completed the song within a day without any changes.
I see musicians often write songs with children thanking their father but very few songs where the father says thanks to his child.
I think that when a child ís born a father is happy. Watching his child grow up his happiness increases every day.
One time, I met artist Chí Trung, director of Việt Nam Youth Theatre at a party. I sang this song and he burst into tears. He asked me if he could use the song in his new play.
People like this song. I decided to sing it for a record. Later, Trung introduced me to the series’ producers who didn’t have a theme song yet.
They listened to the song and asked me if they could use it in the series.
Why did you make the music video?
Frankly, when people in my family watched the series they didn’t know that the song was composed and sang by me. I wondered why I hadn’t released an official music product with the standard sound such as a music video.
I made the video with a hope to make the song more popular. I used to think that good wine needs no bush and if I worked hard my music production would become known. I never thought of using media to be famous.
But I changed my mind. I saw that I was wrong because if my song was not popularised the audience would not know and like it.
The song is widely known and has been covered extensively due to the series. How confident are you in your vocals in the video?
I have performing experience because I used to be a member of KTX band. It was a long time ago. At that time, I was just a backing vocalist and I sang more international songs than Vietnamese songs. Sometimes I lost my voice.
For a long time, I was worried. Later, I found that after each time I lost my voice my range was wider and better. It is a fact that if you practice every day your voice will be much better. My voice is now much better than before.
It’s hard to say anything about myself and it would be impolite to compare myself with other singers. But I believe I have my own unique traits.
Many of my friends said they liked the song and the vocals in the series. They didn’t know I sang in the series. So I am confident singing in the video.
Your song contributed to a successful series, did you profit much from that?
Actually, I received a fairly small amount. Many people tell me that I have the right to request more because of my effort. But I thought a lot and it is better if I forget it.
Money comes and goes. But happy feelings or contentedness are forever. I’m in composition to find satisfaction. And as I mentioned above, my original purpose is to write a song about fathers and sons.
How important is material gain to you?
I’m rich but in emotions, not in money. In fact, very few musicians become rich thank to music writing only. I’m the same. But I find myself full. Whenever I have difficulties I receive support and help from my family and my friends. This makes me rich and it is enough for me to do what I like.
In recent years, I have focused on writing soundtracks. Many people say our generation’s time has gone. A talented young generation has appeared. But I think everyone has their own value. I write soundtracks because I personally like doing it. It is enough for me.
Do you hope the video will make a hit as big as you had before?
I don’t think much about that. Being famous is not as interesting as people think. I have experienced it so I know it. It feels like you have had a good meal and that feeling is soon over.
For me, a musician has the mission to connect the heart and emotions together by sympathy and sharing. VNS

Previous: VN-Index witnesses largest one-day gain since 2012
Next: Pandemic has no impact on business: An Phát Bioplastics