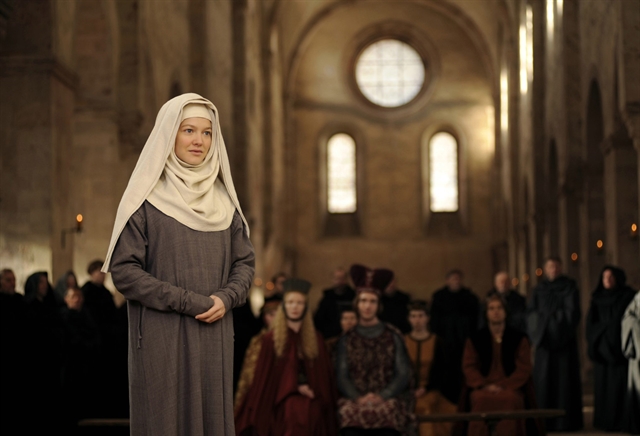 Barbara Sukowa stars in a scene of the movie Vision – From the Life of Hildegard von Bingen. Photo courtesy of Zeitgeist Films

HÀ NỘI — The Goethe Institute will present a screening of the movie Vision – From the Life of Hildegard von Bingen, by director and writer Margarethe von Trotta, at 7pm on Monday.

The movie is about the life story of the remarkable 12th-century German nun Hildegard von Bingen, who became famous as a curative practitioner as well as an early pioneer for women’s rights. Hildegard von Bingen is considered the first representative of medieval German mysticism. Her works deal with, among other things, religion, medicine, music, ethics and cosmology.

The Vision will be presented in German with English and Vietnamese subtitles. Free entry, no registration required. The Goethe-Institute Hanoi is at 56-58-60 Nguyễn Thái Học Street. VNS