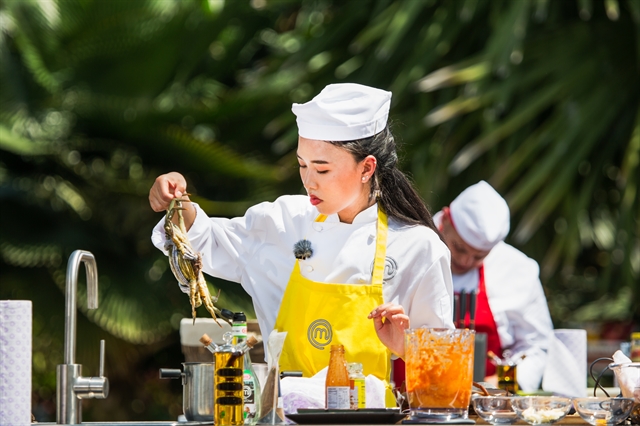 HÀ NỘI — Winner of MasterChef Poland 2018, Ola Nguyễn, will showcase popular dishes from the central European country during the “Polish Gastronomy Week”. The event, organised by Sofitel Legend Metropole Hanoi in collaboration with the Embassy of the Republic of Poland in Hà Nội, will take place from November 8-15 at the rich-history hotel.

During the event, the Vietnamese-Polish woman will present a five-course menu featuring traditional Polish favourites enhanced by her own contemporary touches.

Guests will have a chance to enjoy two classic Polish soups – Cold Beet Soup and Zurek. While the first one is popular on warm days, and features soured milk, young beet stems, cucumbers, thickened red beetroot juice and lemon juice; the second one is a hearty, sour soup typically eaten at Easter that consists of fermented rye flour, boiled pork sausage, root vegetables, spices, a boiled egg and dried mushrooms.

The menu will include Pork Cutlet with Silesian Dumplings in Red Fruits and Rosemary Sauce. A very popular dish in Poland, the main course features the region’s breaded and fried pork chop, served alongside a sweet and tangy sauce made from cherries, black currants and cranberries.

Gourmets will also have a chance to taste the Ruthenian Dumplings With Caramelized and Pickled Onion, which is commonly served at Christmas time.

The dessert, Apple Pie with Vanilla Whipped Cream, is to highlight top Polish export products – sweet and sour crunchy apples, and high-quality dairy. The pastry features a thick layer of caramelized apples with a dense, cake-like crust and a crumble topping.

To pair with the food will be a traditional Polish drink – Dried Fruit Compote, which is made from cooked ripe fruit, including strawberries, raspberries and pears. The sweet drink is popular on national holidays and is widely available at school canteens, as well as the Polish cafeterias known as “milk bars”.

The 22-year-old Nguyễn, who was born in Việt Nam and raised in Poland, launched her professional culinary career after winning the 7th edition of MasterChef Poland in 2018. Nguyễn is also author of a best-selling cookbook, which was accomplished while she was studying finance at the Warsaw School of Economics.  VNS