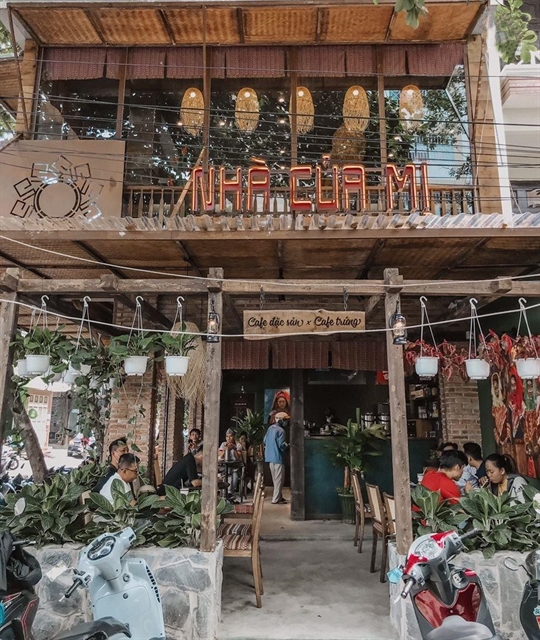 The 200sq.m shop located at 110 Vũ Huy Tấn Street has around 500 dried cobs of corn brought from ethnic communities in the northwestern mountains, hanging on wooden pillars.

Trusses, poles and handrails are made of wood to mimic the traditional communal homes of the Thái, Tày and Mông people.

At the entrance are rows of golden corn hanging to dry from the ceiling. This is a custom among many ethnic groups in Việt Nam’s northwestern region, who hang not only corn but also wheat, barley, grains, and other harvested crops from the ceiling.

The chairs at the coffee house have cushions covered in ethnic brocade patterns.

Another fun feature is that guests can borrow ethnic costumes for free to take pictures.

The staff are decked out in ethnic costumes. A waitress can be seen wearing a traditional embroidered Mông hat and shirt. — VNS

Previous: Banks to make provisions for COVID-19 affected loans this year
Next: KIDO Group has reported growth of nearly 48 per cent in net profit to VNĐ418 billion (US$18.2 million) for 2020.