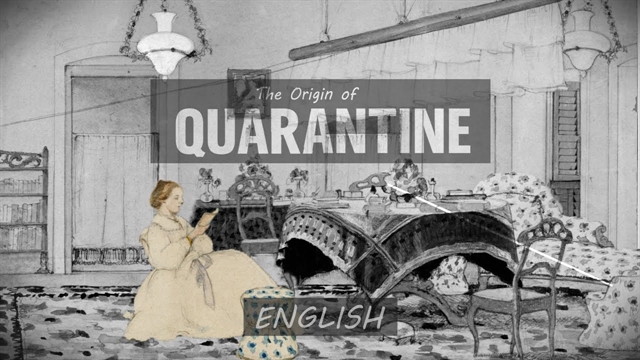 A still from the animated documentary The Origin of Quarantine. — Photo youtube.com

HÀ NỘI — An online science film festival will be held for teachers, students and parents from today.

Launched by Goethe Institute in Hà Nội, this is the 11th Science Film Festival in Việt Nam with the theme ‘Better Understanding for Better Health’.

“The Science Film Festival is a response to the pandemic situation around the world. Therefore, this year its focus is on health,” said Goethe Institute’s Director Wilfried Eckstein at the recent press conference.

The film and experiments are designed in such a way that they can be easily recreated at home. Teaching materials give teachers inspiration for their own lessons. The science film festival supports the broad efforts in Việt Nam to place science teaching in a new context of Science, Technology, Engineering and Mathematics (STEM) teaching.

With a record number of 43 films from 122 films submitted to the festival, the Goethe-Institut hopes to create an interesting and diverse film festival for the audience.

With three main activities within the framework of the festival, young scientists will have the opportunity to watch free movies; join the STEM Innovation Contest every month and join ten workshops organised by STEM teachers and invited guests who are experts in different fields of health.

Movie screenings will only take place virtually. By receiving the password, viewers agree that the link and password cannot be posted on the internet or passed on to third parties.

Commercial use, screen capture or downloading of the films is also strictly prohibited.

The festival has also provided suggested teaching materials for learning activities connected to this year’s theme of health and mental well-being, which complement a number of films and can be found online on the Science Film Festival website.

In the shadow of the pandemic, the 44-minute Good Viruses, Bad Viruses will show that viruses are much more than pathogens that cause disease. They determine human existence and people can make use of their properties.

In the very short animated documentary The Origin of Quarantine, filmmakers explore the origin of the word “quarantine”. Nowadays this word has become an inevitable part of daily conservations.

The Film It Forward contest is held as a sideline of the film festival for the schools, teachers, and students across Việt Nam creating products inspired by the suggested film packages and experimental activities.

More than that, the organisers look forward to receiving scientific ideas related to this year’s context.

The festival will run until December 31 with support from Educational Solutions Company, the General Science Library and the Ministry of Education and Training’s Việt Nam Institute of Education. — VNS