Posted by: vivian on October 17, 2020 in Arts & Entertainment Leave a comment 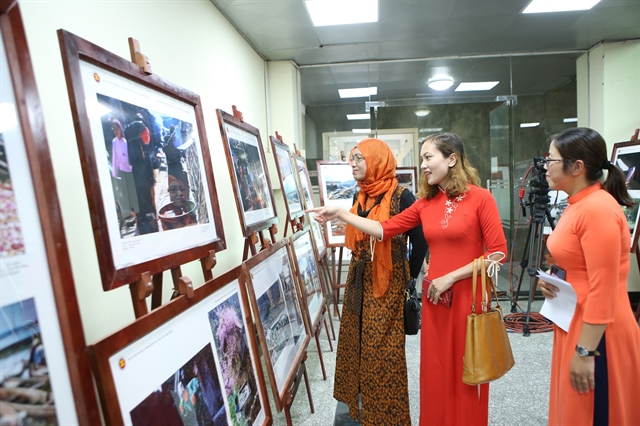 The exhibition of photos and feature films-documentaries about the ASEAN Community will open at the Administrative Centre of Lâm Đồng Province from October 19 to 22. — Photo of the organisation board

LÂM ĐỒNG — Photos, feature films and documentaries by people from Southeast Asian countries that reflect environmental issues and the beauty of the countries and people within the region will be on display at the Administrative Centre of the Central Highlands province of Lâm Đồng from October 19-22.

The exhibition is organised by the Ministry of Information and Communications and Lâm Đồng Province’s People’s Committee within the Government’s Action Programme on the promotion of ASEAN. It also celebrates the formation of the ASEAN Community and Việt Nam’s ASEAN Chairmanship in 2020.

According to the organisers, the four-day event aims to introduce the beauty of the countries and people in ASEAN, in addition to addressing the issues about environmental protection and climate change within the region.

Nearly 300 photos and 60 feature films and documentaries from ASEAN countries will be showcased, the majority of which have won awards or been finalists of festivals organised by Việt Nam’s Ministry of Information and Communications in recent years.

The highlight of the exhibition is the theme ‘ASEAN in Each of Us’ featuring photos which have been selected and sent to the event by the 10 ASEAN countries.

Renowned Vietnamese photographers and the authors of the works displayed at the exhibition will also be invited to interact with the viewers.

According to the organisers, the works displayed at the exhibition are not only of high artistic quality but also convey rich and multi-dimensional information about ASEAN, providing viewers with a closer, more authentic view and better understanding about the customs, society and emerging issues in the area. It helps connect peoples and improve efforts to build an ASEAN Community of solidarity, friendship, co-operation and development, obtaining the common goals of peace, stability and prosperity.

After the exhibition, all photo works, feature films and documentaries will be presented to the People’s Committee of Lâm Đồng Province by the Ministry of Information and Communications for further promotion of ASEAN. — VNS