Breaking News
You are here: Home » Arts & Entertainment » Disney to furlough some employees over virus-forced shutdowns

Disney to furlough some employees over virus-forced shutdowns

Posted by: vivian on April 3, 2020 in Arts & Entertainment Comments Off on Disney to furlough some employees over virus-forced shutdowns 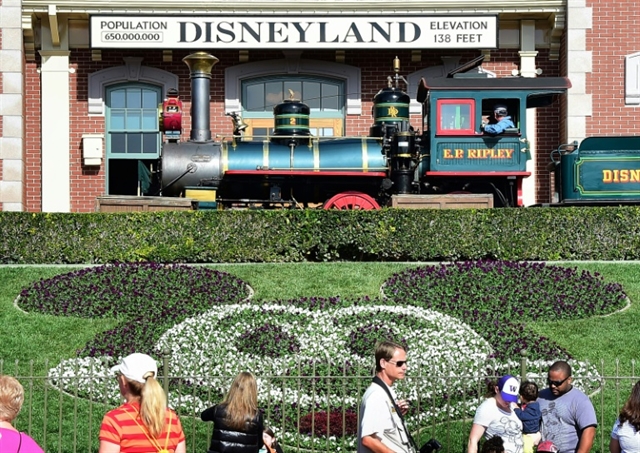 UNITED STATES — The Walt Disney company said on Thursday it plans to furlough some of its employees starting later this month as the coronavirus pandemic keeps its theme parks and other businesses shuttered.

“The COVID-19 pandemic is having a devastating impact on our world with untold suffering and loss, and has required all of us to make sacrifices,” the company said in a statement.

The company committed to paying employees through April 18 but said there was “no clear indication” of when it would be able to restart its businesses.

The furlough will begin the following day, Disney said, stressing that affected staff would receive full healthcare benefits for the duration.

The entire Disney Parks, Experiences and Products divisions, which include 12 theme parks, hotels and a cruise line, employ some 177,000 people.

The company did not say on Friday how many of those employees would be furloughed.

Last week, Disney’s executive chairman Bob Iger said he planned to forego his entire salary until things get better while CEO Bob Chapek will take a 50 per cent cut of his base salary.

Chapek has a base salary of $2.5 million plus a target bonus of $7.5 million and an annual long-term incentive grant of $15 million, according to Forbes. — AFP