Posted by: vivian on July 14, 2019 in Arts & Entertainment Comments Off on Boulanger Trio performs in Đà Nẵng chamber music festival 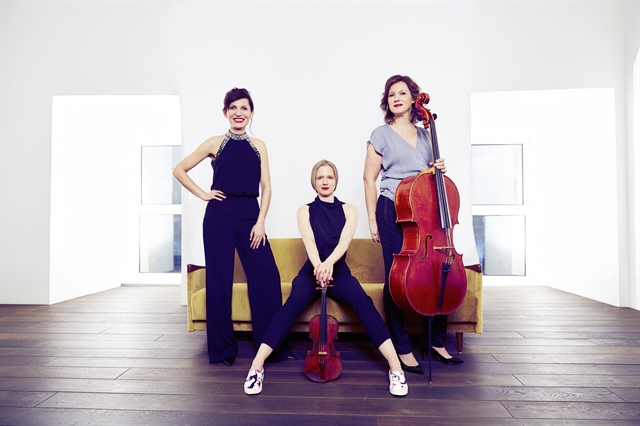 The Boulanger Trio from Germany will perform as part of the Đà Nẵng Chamber Music 2019 Festival at Nguyễn Hiễn Dĩnh Theatre on Sunday. — Photo courtesy of Đà Nẵng Culture and Cinema Centre

ĐÀ NẴNG — The Boulanger Trio from Germany will perform as part of the Đà Nẵng Chamber Music 2019 Festival at 8pm at Nguyễn Hiễn Dĩnh Theatre on Sunday, the city’s Culture and Cinema Centre has said.

Founded in 2006, the trio, which includes Karla Haltenwanger, Birgit Erz and Ilona Kindt, is based in Hamburg and Berlin. In recent years, the group has gained an excellent reputation in the world of chamber music.

As a soloist, chamber musician and voice accompanist, she has toured Europe as well as Israel, Turkey and China.

Her performances at MIDEM in Cannes, Slovenian Radio in Ljubliana, EXPO in Hannover and the opening concert of the European Festival Weeks in Passau were all hailed by audience and critics alike.

Erz, born in Heilbronn in 1979, received her first piano, violin and recorder lessons at the age of five. Her education on the violin was mainly influenced by Petru Munteanu, Valery Gradow, Roman Nodel and Antje Weithaas.

In 2002, she took part in the International Composition Contest – Valentino Bucchi Prize in 20th century music, where she won a joint second prize. At the Mendelssohn Competition for Composition in Berlin, she received a special prize for the best interpretation.

Kindt won the Ritter Prize and a prize at the Elise Meyer Competition. She has taken part in master classes with Bernhard Greenhouse, Steven Isserlis and William Pleeth. She plays a cello made in Brussels by Thomas Meuwissen.

The Đà Nẵng Chamber Music Festival has attracted locals and tourists since 2014. The Nguyễn Hiễn Dĩnh Theatre is located at 155 Phan Châu Trinh Street. Tickets can be purchased at the Event and Festival Orgainsing Centre at 23 Trần Phú Street. — VNS