Posted by: vivian on July 5, 2020 in Arts & Entertainment Comments Off on Angelina Jolie’s book published in Vietnamese 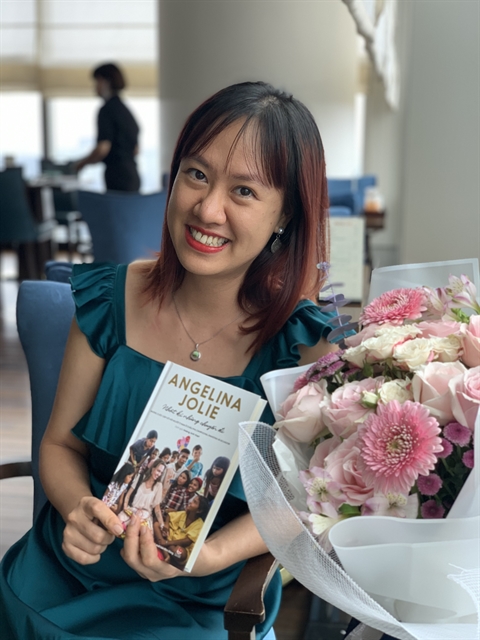 Translator Hoàng Anh Kapi and the Vietnamese version of Notes from My Travels. —  Photos courtesy of Kim Đồng Publishing House

Nhật Kí Những Chuyến Đi is translated from Notes from My Travels published by Pocket Books in 2003. The book includes memoirs of Jolie during visits with refugees in countries such as Sierra Leone, Tanzania, Pakistan and Cambodia. She lived and worked there in 2001-02 and gave her heart to those who suffer the world’s most shattering violence and victimisation.

Jolie is not only an actress, filmmaker and recipient of numerous accolades, including an Academy Award and three Golden Globe Awards, she’s also a humanitarian, a Goodwill Ambassador for the UN High Commissioner for Refugees (UNHCR). Jolie donated her proceeds from the book to the UNHCR.

It was also during the time frame of writing these journals that Jolie and her ex-husband Brad Pitt adopted her Cambodian-born son, Maddox. On March 15, 2007, they adopted a son, three-year-old Pax Thien, from an orphanage in HCM City. 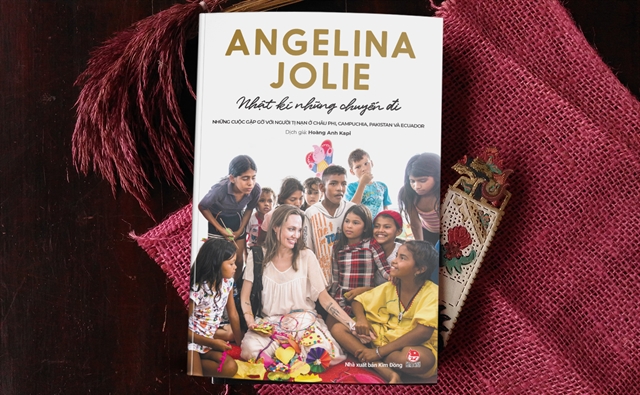 Cover of the book Notes from My Travels by Angelina Jolie.

The 300-page book was translated into Vietnamese by Hoàng Anh Kapi.

“Jolie joined the challenging, dangerous but proud adventure at the age of 26, her truthful and emotional notes touched the hearts of many people including me,” said Kapi.

“I realise that the book nurtures the tolerance and mercy in my mind. So I want to share the words to Vietnamese people.”

“It’s a must-read book to understand more about the world we are living in, to know about the past, to respect the peace we have at the present and build up a peace for the world in the future,” she said. — VNS