Posted by: vivian on January 16, 2021 in Arts & Entertainment Comments Off on 24 hours to capture Y Tý in snow 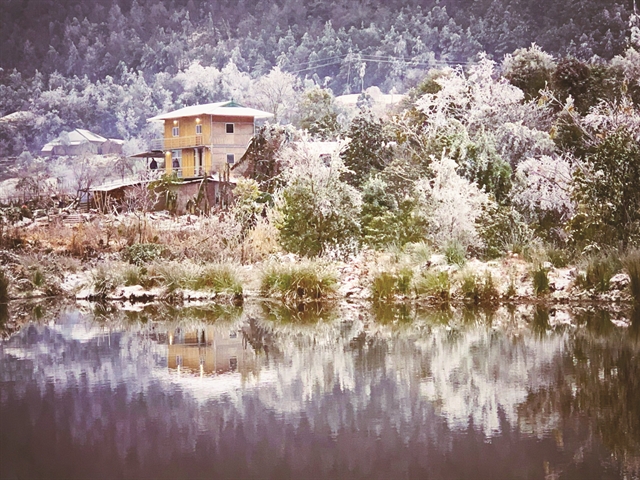 A rare homestay in Y Tý, covered with a snowflake shawl which makes everything glowing and glittering. VNS Photos Bùi Diệu Minh

It was just a call from my friends in a photography group. Snow was supposed to be falling on Y Tý and everyone was heading there.

I made up my mind in just a few minutes, cancelled some of my plans and I hopped on a coach heading to the mountains. 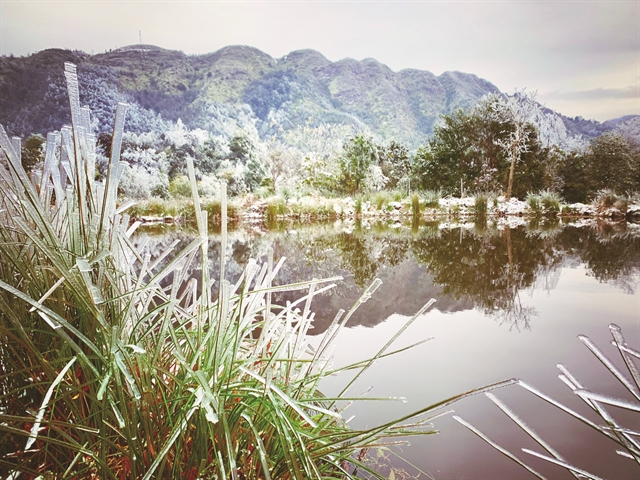 ENCHANTING: The green icing of the grass and water-filled rice fields makes it looks like a glowing SNOWY SPLENDOUR: A homestay in Y Tý, covered with a snowflake shawl which makes everything glowing and glittering. lake preparing for hibernation. The next day all of this will be gone.

We reached the commune in Bát Xát District of Lào Cai Province as dawn was approaching. The guest house we stayed in was made of metal: metal floor, metal wall and metal roof. In the sub-zero climate, it truly felt like we were staying in a freezer. 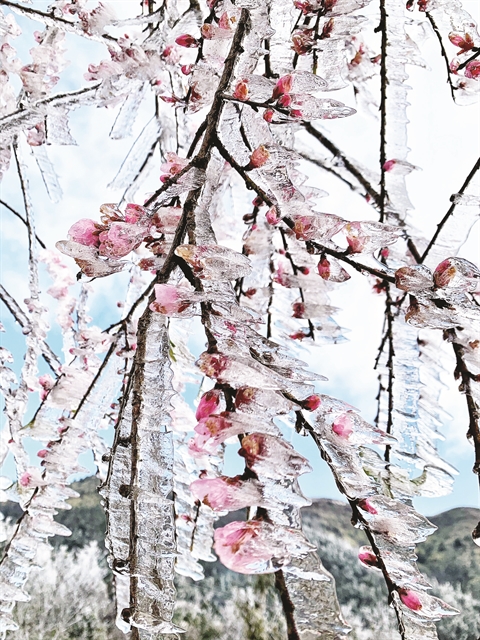 I had the privilege to sleep on the only bed in the house, my fellow male photographers had to sleep elsewhere. Our goal was to get up before six in the morning the next day to hunt for photos of Y Tý waking up as snow is falling. 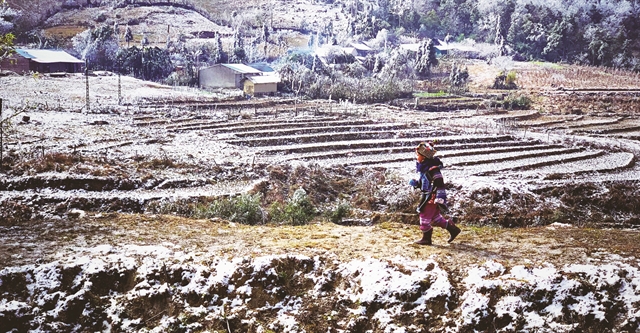 ONCE IN A WHILE: The rare image of the terraced fields with soft snowflakes draws tourists, some even fly up from HCM City to capture the rare beauty

This is not the first time snow has fallen on the northern mountains of Việt Nam. In the past 10 years, snow has been recorded to fall in Mẫu Sơn Mountains in Lạng Sơn Province, Sa Pa and even in the mountains of central Nghệ An Province. 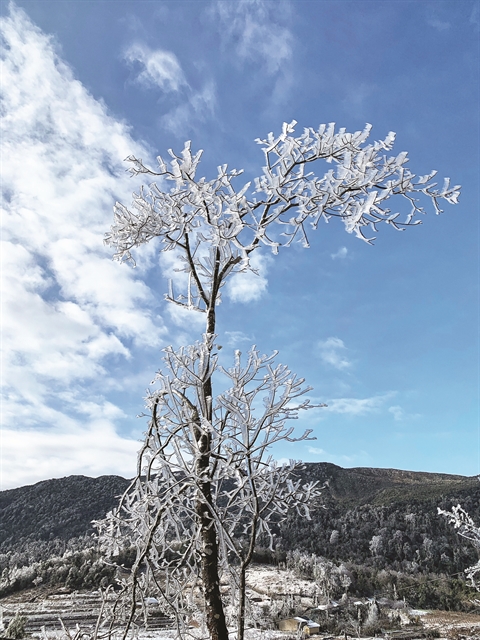 ICED OUT: A lone tree has been frozen top to toe, a rare scene in a sub-tropical country.

At 6am, the temperature was -4 degree Celcius. We ventured out as it seemed warmer outside.

At noon, the snow starts to melt. My only two heat pads also started to wane away, and it really felt colder indoors than out. Having captured the rare beauty of Y Tý in snow and frost, we headed back home. VNS